A project I've been working on for a while is the construction of a new custom board for my Skirmish Box idea. 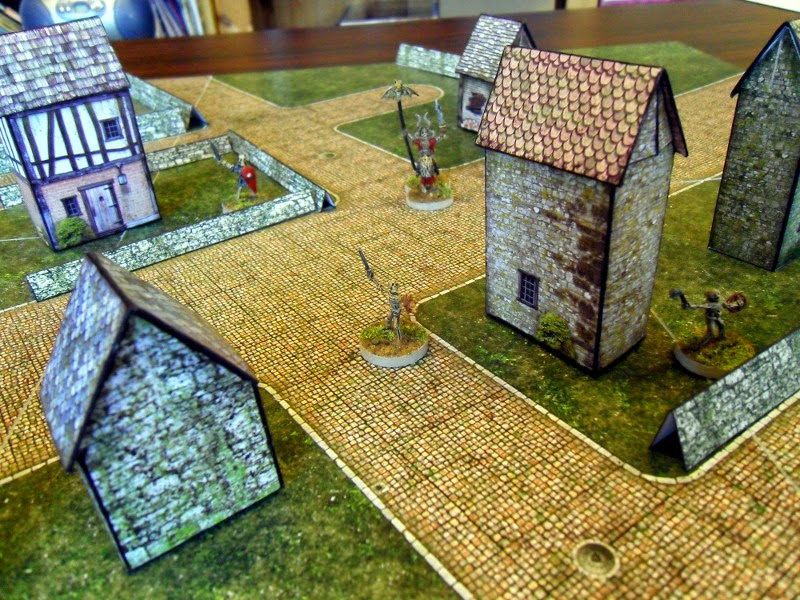 So I've used Dave Graffam's Cobbled Streets Kit to construct a new tile set. This kit has mud, gravel and grass layers that can be used for wilder areas as well (which is a planned future second board) 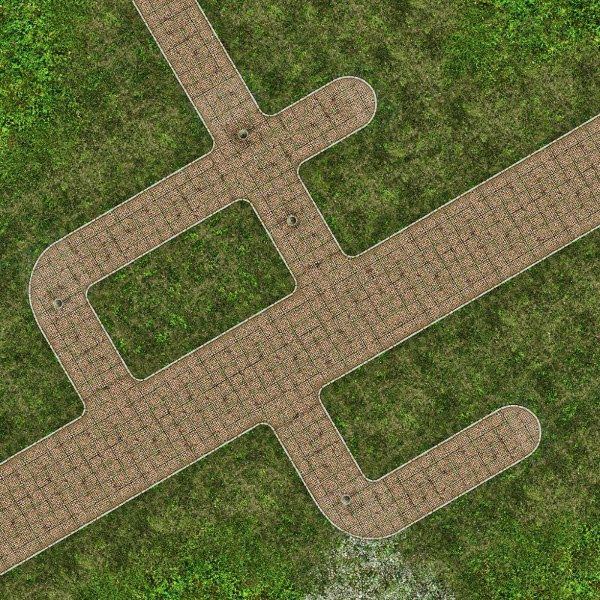 After several town layout designs and lots of pixel gazing the final design is done. It should fit better with the number of buildings I'll be putting on the map. The previous one is lovely but seems to have slightly too many roads for the building population. The gravel section at the bottom to the map is to allow a link in with a future planned forest\wilderness map. 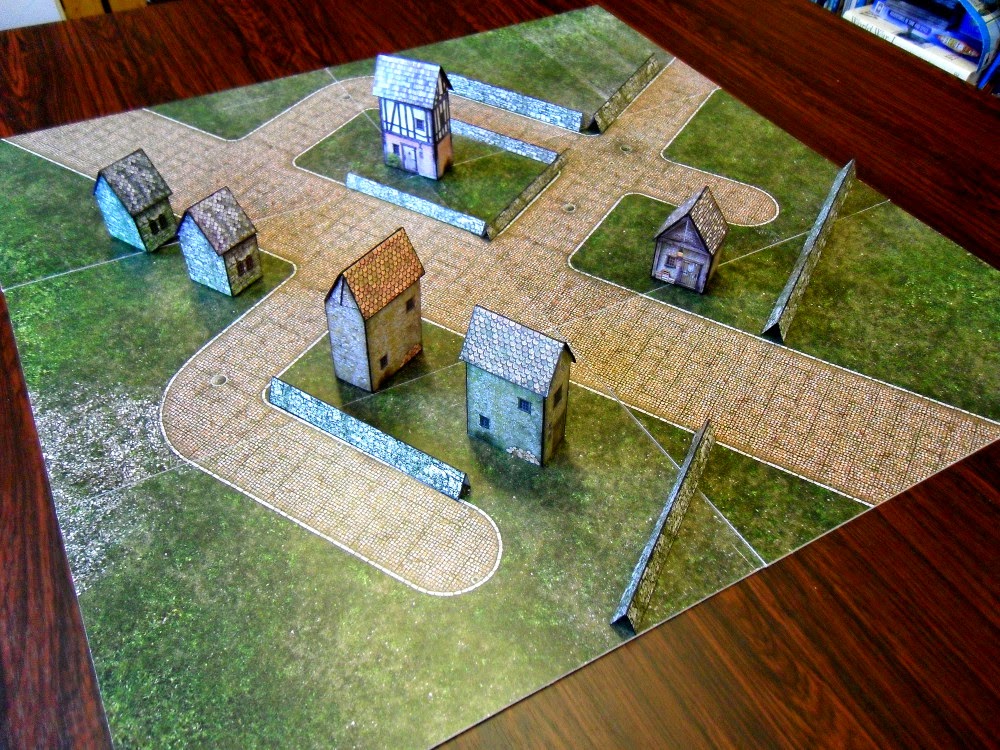 My test print of the board had a couple of print issues (the printer I used didn't seem to like the card surface much) but I've made it up anyway to get the design in use and tested before taking it further. 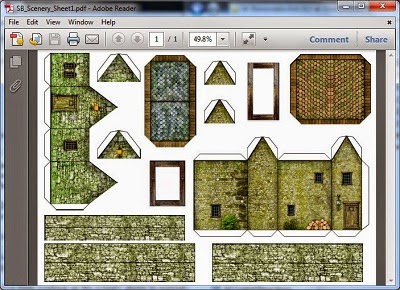 Additionally I've been working on the scenery sheets to maximize the print efficiency. I now have two buildings and some walls on one sheet of A4 card. The whole thing is another testament to the flexibility of Dave Graffam's photoshop file format option. I've settled on using two distinct texture layers for each house design and I think 6 houses with the the walls is just about right.