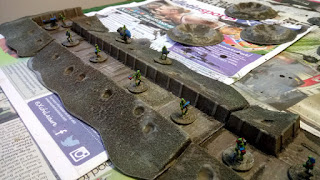 It was about time I started to get some more Sci-fi battle field terrain done, so I dug out with some 15mm Amera Trenches and craters..
Having done a few Amera pieces for 28mm (and 15mm suitable hills) I've become a bit of a fan of the vaccuum formed plastic terrain. It doesn't mean that I know what I'm doing through, as we'll see, so you can hopefully learn from my mistakes. 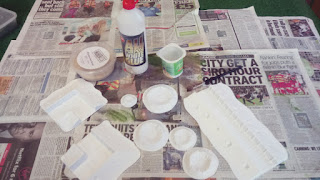 First off, as ever, the pieces were cut out and given a wash with some soapy water to remove any release agent. In previous projects I'd used a textured spray to add a bit more graininess to the surface, but being bare ground\mud I decided to back to the tradition sand and PVA method.

So I slapped on the slightly watered down PVA where I wanted the extra sand to stick, poured over the sand and left to dry. The experienced among you may already see a problem! 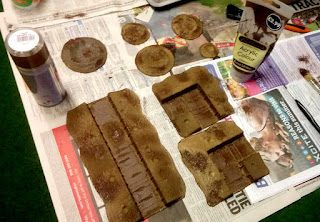 After a day, everything is dry. I covered the pieces with brown spray paint and painted areas with a darker cheap acrylic to give more variation on the ground and also give the wooden trench walkways and walls a different colour. 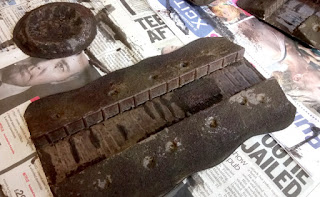 Next is the dark wash. Brown and black paint, water and some PVA to help bind any loose sand. Here is where the problem started. 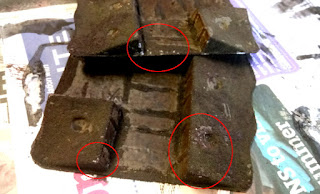 The liquid took away some of the sand that I'd glued down at the start. I should have primed the plastic a suitable colour (eg black or brown) BEFORE gluing on the sand. This is the method that Amera recommend (as I discovered later!). A little bit of missing sand is no problem, but the glaring white of the plastic and the fact that more flaked off as I tried to fix the problem, left the air with a tinge of blue! So the only thing was to step away for a day, let it all dry and do a repair with spray and paint again (carefully) and  a sparing PVA wash was also done again to try and give the surface more protection.

After that it was a case of dry brushing a 2 or 3 applications of gradually lightening brown (and a little green on the mud slopes to add variety). 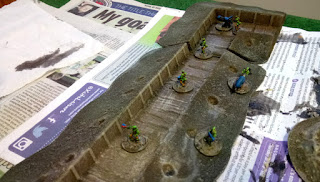 And we are done.

As you can see the trenches are pretty roomy, but this makes the gameplay in them easy. The height is just right for soldier heads to be peeking over the top. The Spugs are based on UK 1 pence coins, which are around 20mm wide, just for the sake of scale comparison.

Especially for Ivan Sorensen, here are some pictures at ground level to see high high the trenches come. 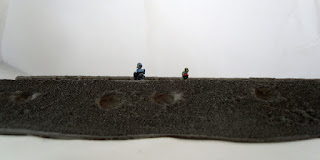 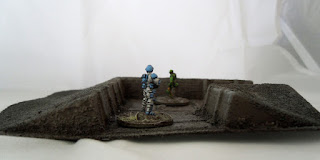 I am duty bound to point out that these are available from 15mm Skirmish supplies.
Posted by Sam Pate at 14:20